Barbara Barnes, a housewife, was found dead by police who responded to a call from the husband of the victim, Fred Barnes, who gave the following statement:

About 4 p.m. on the afternoon of Tuesday, April 11, 1944, he had gone downtown on an errand for his wife. He returned about an hour and a half later and found the outside door to the kitchen locked. It was standing open when he left. Mr. Barnes attempted knocking and calling but got no answer. He tried the front door but it was also locked. He then went to the kitchen window which was closed and locked. He looked in and saw what appeared to be his wife lying on the floor. He then summoned the police.

The model shows the premises just before the police forced open the kitchen door. 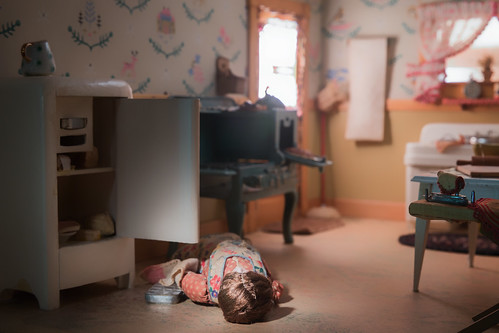